3D Renders and Visualization realistically showcasing your designs, but which one is better?

Today’s design world is reliant on 3D and renders as these offer realistic views of the end product that is to be built. One can’t think of a better way to convey their design thoughts than illustrating a virtual model of the same. It’s exciting how a single click can take you through a virtual tour of the entire design.

Now, the main question is: From endless options in software, which one’s here to stay? Is Blender a better pick or does the future of design rely on Houdini? 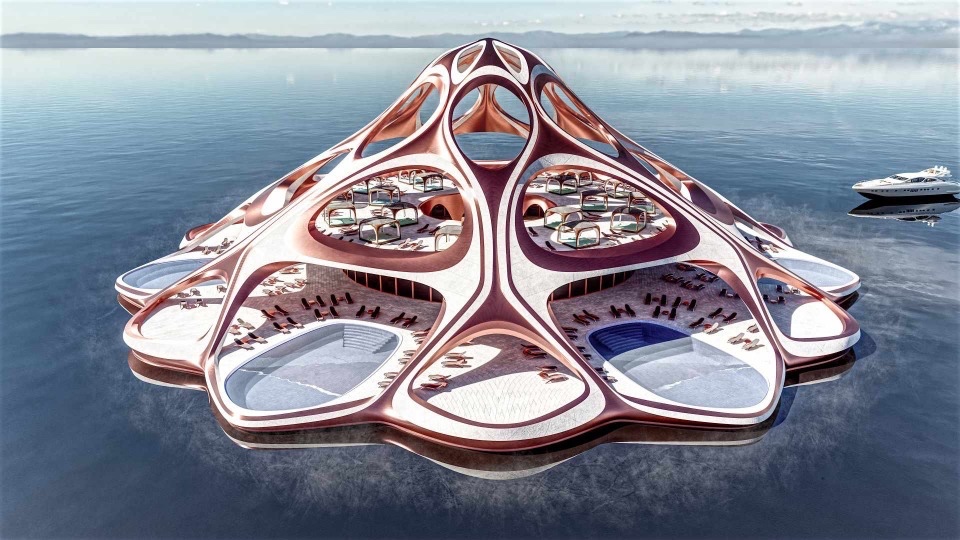 Blender is an open-source 3D modeling tool offering a virtual picture for creative thoughts. It’s one of the free tools offering the most competent modeling and rendering means for the design industry.

From building a simple geometric model to playing with complex forms, the polygonal modeling tool enables different scales and types of visualization. One of the best features of Blender is its handy parametric tool that eliminates the hassle of going through scripting or node-based programming. 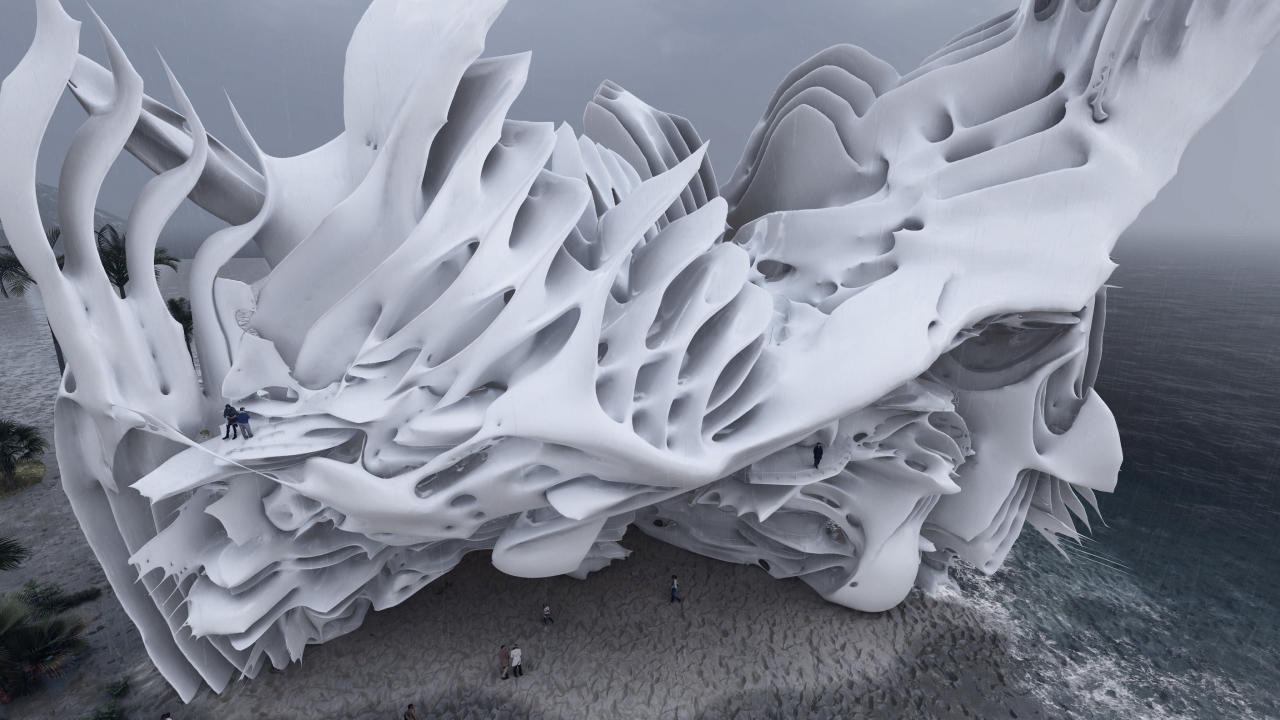 Visual created by participant of Houdini for Architects 2.0 by Futurly ©Punam Kulla

Houdini stands out from the rest of the software owing to its one-of-its-kind set of tools. The software makes intricate detailing work a breeze and lets you model even the most complex geometries with its set of flexible tools.

The 3D applications of Houdini have proven fruitful not only for animation and VFX but in the realm of architecture as well. One can easily model an organic nature-inspired form with the procedural modeling methods offered by Houdini.

Houdini vs Blender: A Brief Comparison

Both Blender and Houdini have proven to be efficient for architects and designers. While Blender is an open-source software offering solutions to a number of design and visualization problems. Houdini serves as a strong procedural 3D software for designers.

Let’s look into the differences between the two.

Houdini: The pro-features offered in Houdini are modeling, rendering, dynamic, composting, plugin development, lighting, motion graphics, etc. Although the set of tools is similar in Blender and Houdini, the latter takes a procedural modeling-based approach with more nodes for efficient results in complex designs.

Blender: Entering the realm of Blender, you enter a well-labeled interface with hotkeys and ease of adapting.

Houdini: The Node-based interface in Houdini is extremely convenient for new users.

Blender: Blender works with Cycles which is a render engine based on ray-traced production. 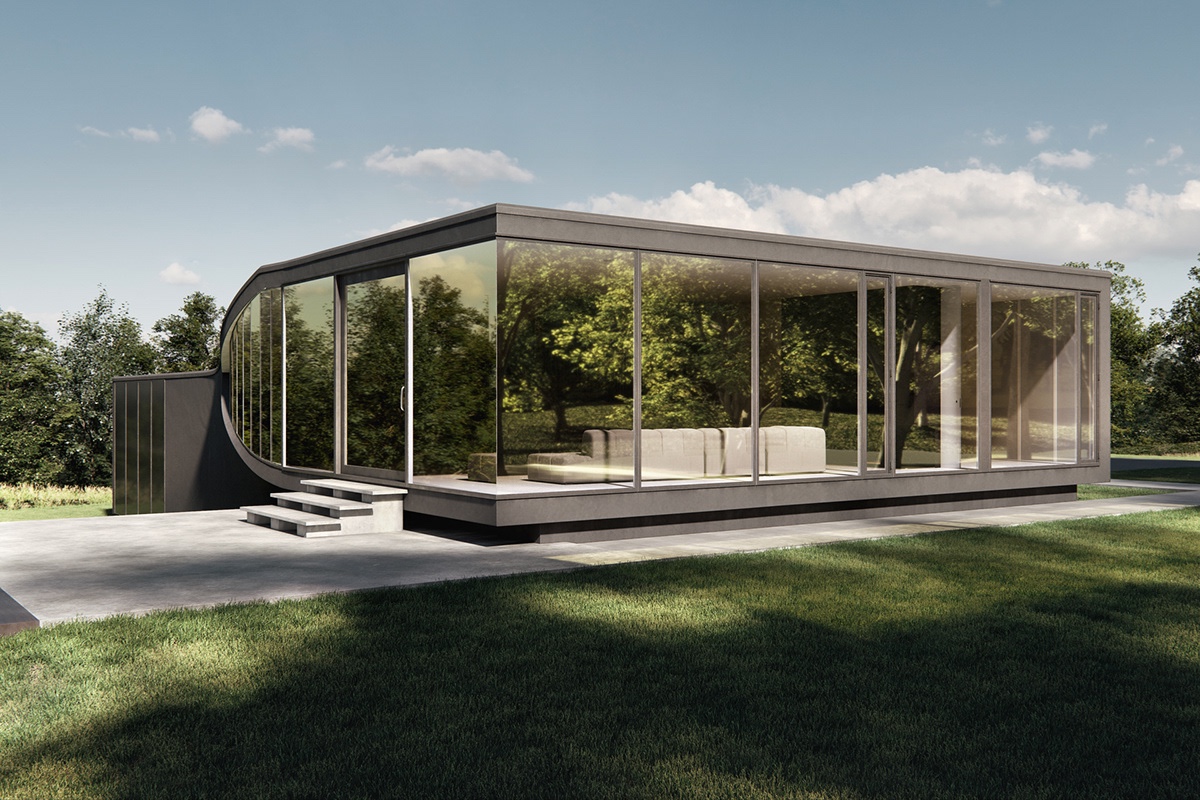 Blender: A blend of modifiers and free-form finding offers a quick and efficient workflow.

Houdini: A combination of procedural modeling and a node-based approach is adopted for power flow workflow.

Blender: Blender is easy to get a hold of.

Houdini: Houdini is comparatively tougher to learn, however, upon proper learning, it’s easy to operate.

Blender: The software is available in 36 languages for global use.

Houdini: Houdini is restricted to the English language only.

Blender: It is open-source software.

Houdini: Houdini is a bit expensive compared to Blender.

Houdini and Blender aid in animation, simulation, and rigging, with their distinct set of tools. The Cycles Engine in Blender enables realistically rendered views while also featuring real-time previewing along with HDR lighting, GPU and CPU rendering functions, and VR support. This render engine makes the software smart and fast.

In the case of Houdini, RenderMan has proven to be a highly-effective rendering engine. The versatility of the system is optimized for physical-based renders and flexibility and scalability become the strongest features in this case. Designers can develop even the most complex forms with these strong and efficient systems.

The Power of Procedural Modeling and its Demand 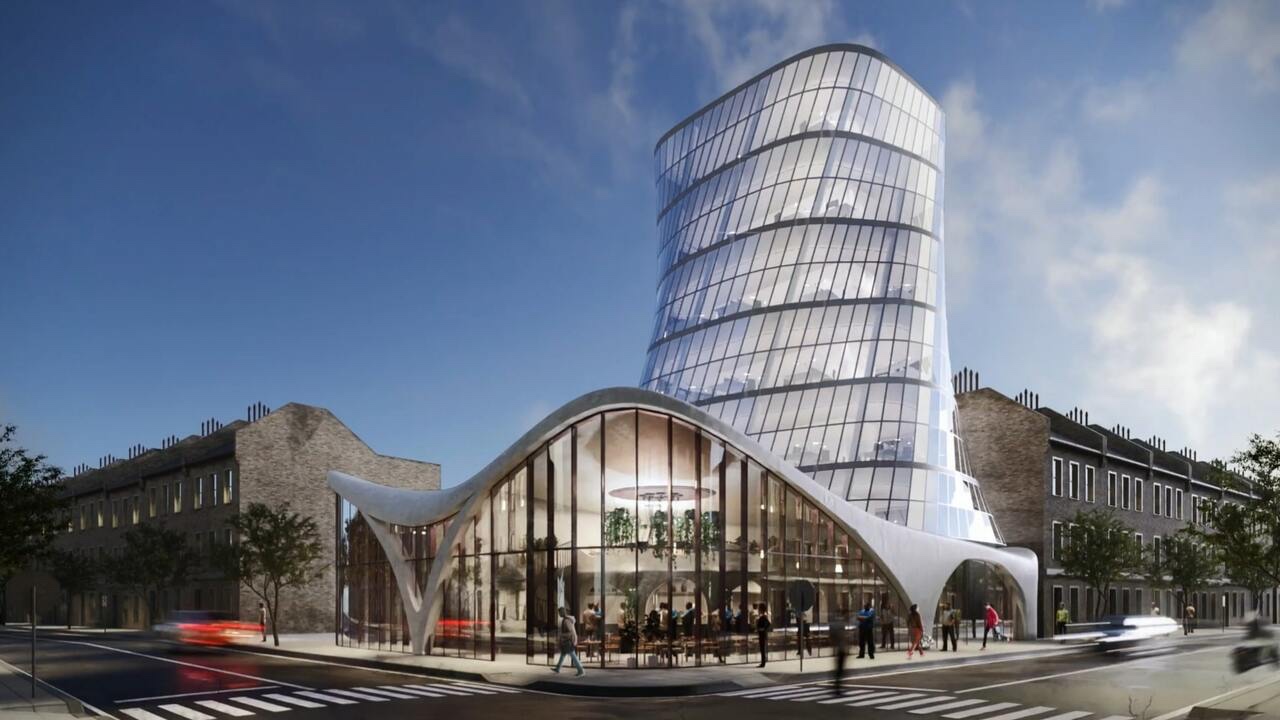 The greatest 3D software, nowadays, is well-equipped with not only the capability to generate graphics for games and movies but architecture as well. The systems work on the principles of procedural modeling that establish relationships between several objects.

An example of procedural modeling is that even if a tiny object is tweaked in a scene, how do the other elements get affected and placed procedurally? The objective can easily be attained by the software automatically copying the objects eliminating the need for you to do that manually.

Procedural modeling finds its place in the realm of building design as one can easily construct a designer staircase by placing a single-step model. There are several gaps that get bridged with the help of this technique offered by competitive software like Blender and Houdini.

The need for procedural modeling is increasing with each passing day owing to the potential it offers for the growth of the industry. 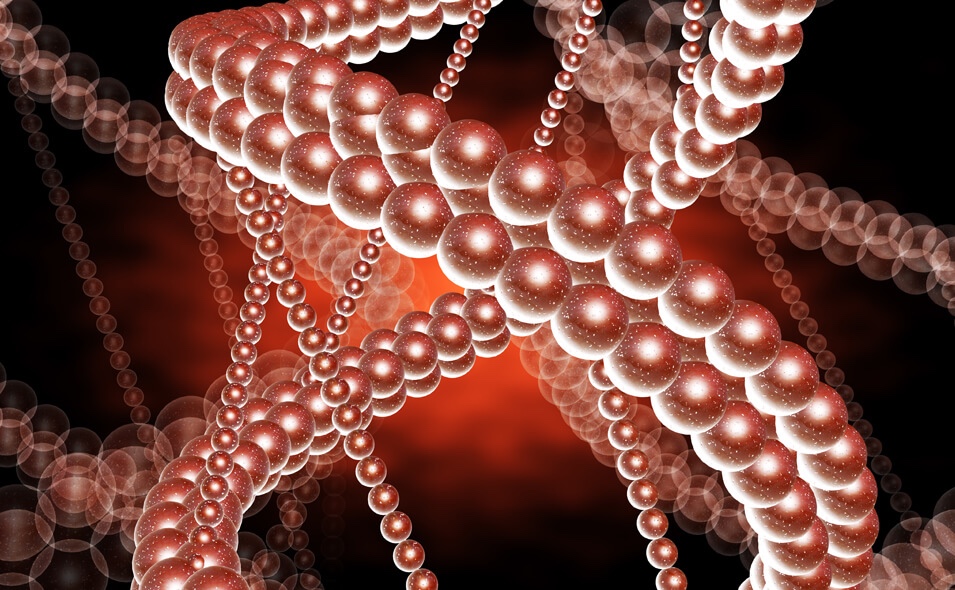 One of the innovations in the Medical field is rendering. And with the help of simulation software like Maya, Blender, and Houdini, professionals are able to generate visuals for several treatment procedures. Once the simulation is made, it is made available to the patients suffering from the same issue in order to give them insights into what all their treatment comprises. 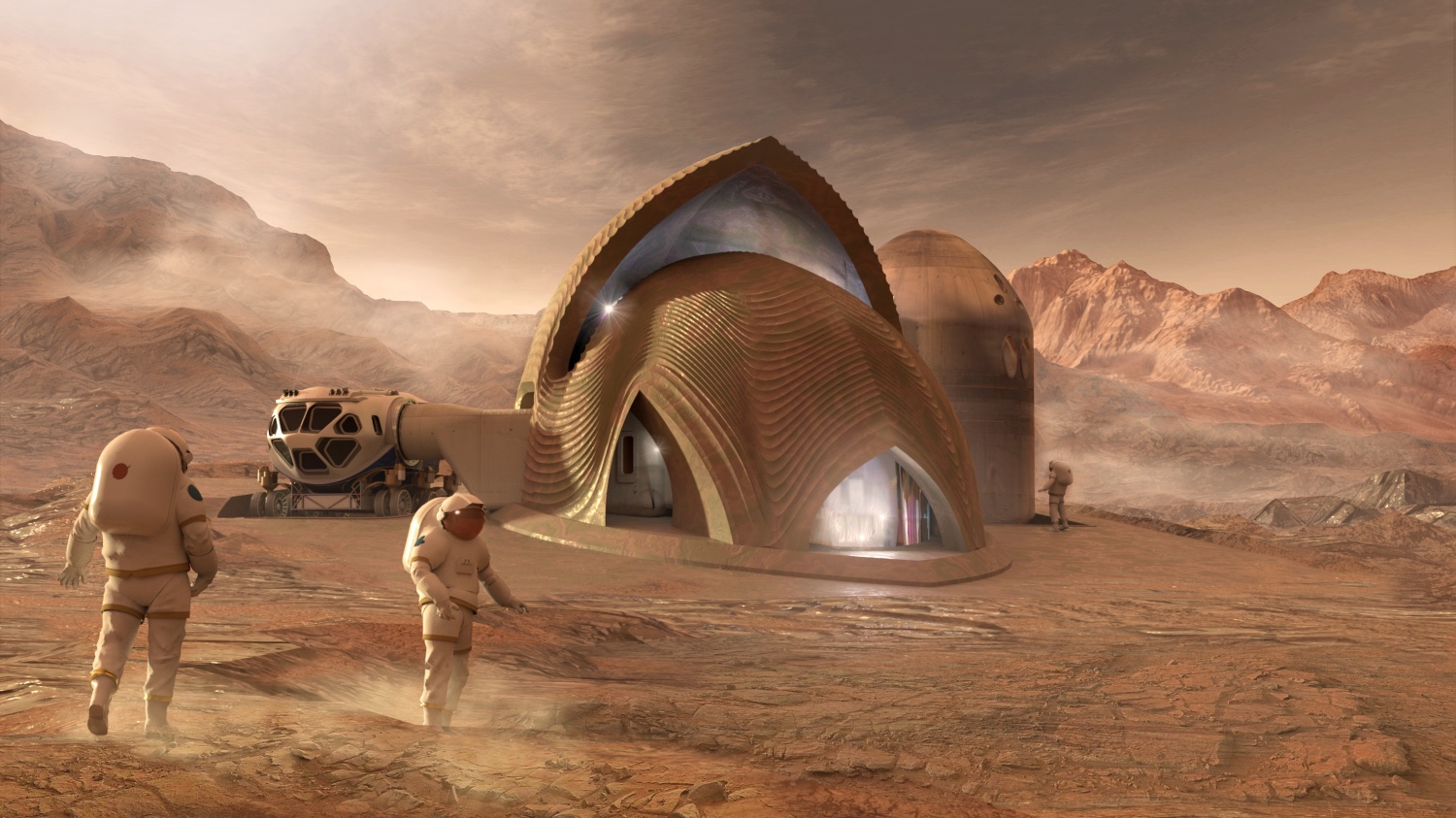 Currently, scientists are relying on 3D visualization of different phenomena that occur around us. One such key organization is NASA which is slowly relying more on these rendering and simulations in order to get an understanding of extraterrestrial space. Houdini is aiding in the process with its ability to generate large datasheets. 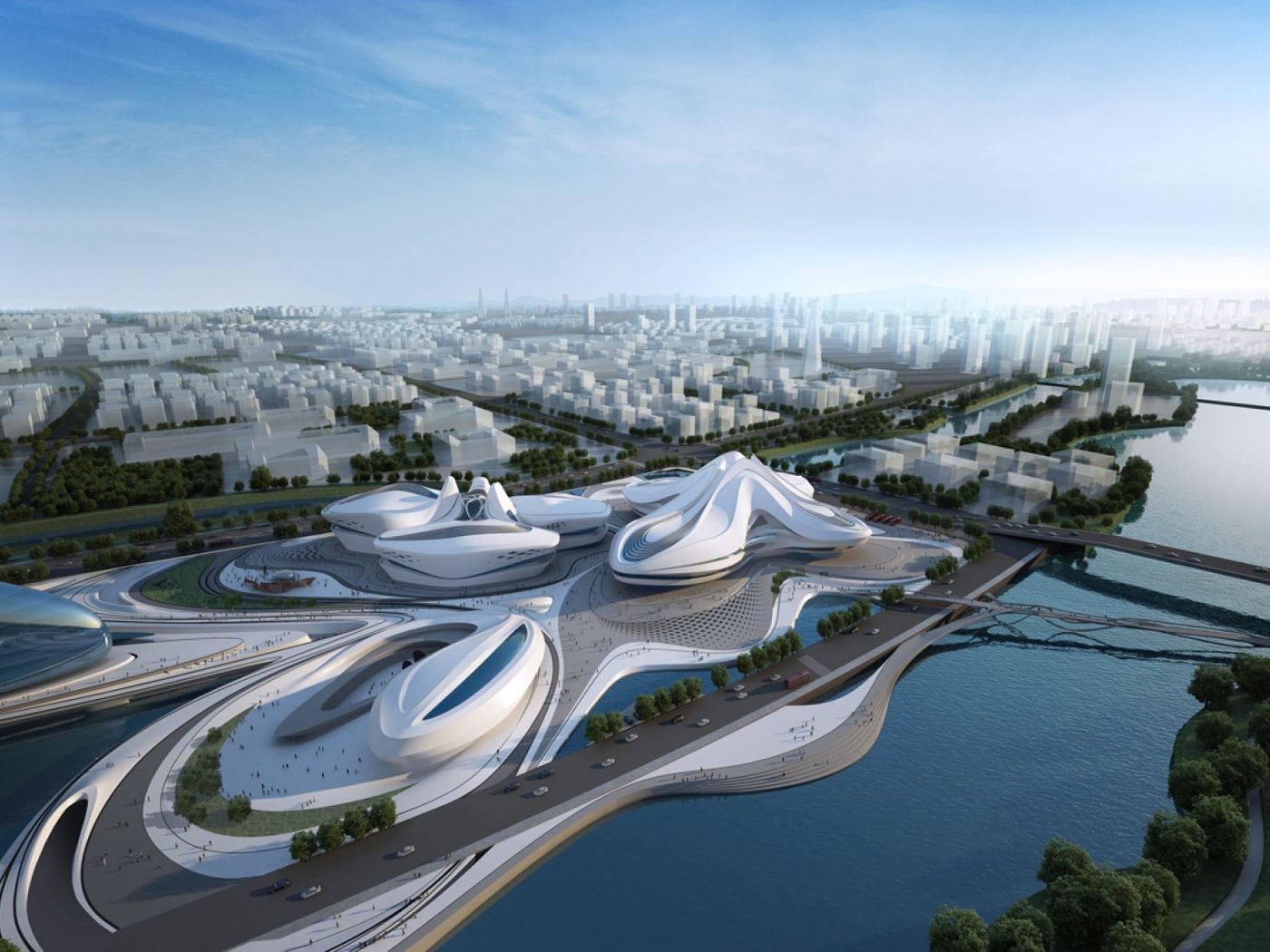 The new-age architecture is highly dependent on 3D visuals and renders. A few such programs aiding designers in presenting the most realistic views are Blender and Houdini. The procedural tools can build a tiny model of the house to an entire visual of modern cities. The software is boosting marketing as well with its AR and 360 video simulations.

Ease the Tasks with the Right Software Knowledge

If we analyze the difference between the two software, it’s wise to state that none of them is superior to the other. While Houdini can easily take up complex geometries with greater efficiency, Blender lets you play with parametric forms with ease.

Although Blender gets slower with the rising complexity in geometries, both software caters to a unique set of requirements. And based on the function you’re aiming at, the right choice of software will be made.

Futurly brings you closer to the world of Houdini and Blender through its detailed workshops.

You can upskill in the AEC industry and find a community on Futurly+, a premier learning platform focused on designers and architects. At Futurly, we strive to provide the best education to our readers.
Get equipped with the most popular and valuable software to take your career to the next level. Stay on top of your game by upgrading your skills, find out more at https://www.futurly.com/s/store.

1. Do I need to know Programming Already?

In order to begin your Houdini sessions, you don’t need beforehand knowledge of programming. However, as you get a hold of the software, you’ll be able to think like a programmer.

2. Do I need to know advanced math like linear algebra?

There’s no need to be an expert in maths or programming to learn Houdini.

The time it takes to learn Houdini is dependent on the background that you come for. A designer or an architect can get comfortable with the functioning of the software in a period of 6 months to a year.

4. Is Houdini better than Blender?

Both Houdini and Blender are efficient 3D software. Upon comparison, both platforms offer a diverse set of tools and unique workflow. However, Houdini handles complexity well with its procedural tools.

5. Can Houdini be used with Blender?

Houdini and Blender are compatible with each other. One can easily create simulations or even export them to Blender.

6. Is Houdini the best VFX software?

Houdini is one of the most powerful VFX software which is being adapted by not only filmmakers but architects, and game designers as well.

7. Is Houdini easy to learn?

There’s nothing to be scared of when it comes to learning Houdini. The software is a bit different from the rest of the 3D visualizing software which makes it a bit tricky to grasp.

8. Does Marvel use Houdini?

Marvel uses FX set-up along with Houdini in order to generate all the simulations and animated components in the scenes. 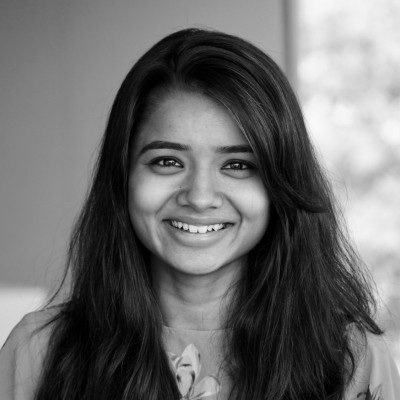 Saili Sawantt
An Architect + Writer, Saili has worked as an Architectural writer & brand storyteller where she has collaborated with firms, studios, organizations, luxury brands, events & educational institutions to communicate in the real estate & travel industry. Her recent initiatives include curating an online workshop on communication and networking within the AEC industry. She is a commentator on the design industry’s upkeep through her social handles while also being an avid reader and traveler.

Cart ( Items )
There are no items in your cart
Add More